How to Improve Your Social Media Marketing with Google Analytics

It’s not just about likes, shares and comments. Have you ever wondered how much traffic a certain Facebook post or Tweet sent to your website? There are plenty of tools out there that will allow you to see referral traffic but fail to tell you the specifics of what post(s) drove that traffic. Figuring out […]
Read More

Social Networks Battle for the Lead

Marketers continuously try to figure out the best ways to advertise for their clients. It’s no secret that one of the most beneficial and efficient ways of marketing is through social media. Facebook, the leader of the social media trend, continues to reign over all the other social media tools. However, how much longer will […]
Read More

Smartphones have made shoppers smarter, and social media has made shopping more fun. You can snap and send pictures of the greatest deals to your friends, or upload them to Facebook, Twitter or Instagram. You can check in with Foursquare, and tell your friends where you’re shopping. And you can pin to boards on Pinterest, […]
Read More

I woke up this morning and came into work with a smile on my face and the usual chip on my shoulder ready to take on the world when a fellow employee came up to me and said, “Hey, did you hear about how this restaurant is responding to a customer’s complaint?” I replied, “No, […]
Read More

During the past few weeks, I have noticed an unsettling Facebook trend. It seems as though they have sliced the reach of brands’ Facebook page posts in half. I thought I was going mad until a study from EdgeRank verified my observation when they analyzed 3,000 Facebook pages that showed a 20% drop in post […]
Read More

The 2012 Election has been the most “social election” thus far. But what makes this election more social than any election before? The answer is social media. The increase in social media usage, as well as the introduction of Twitter on a high level, created extreme quantities of posts and tweets that flew over the […]
Read More

Every day we see more social networks popping up. Tweet this, Share that, Stumble-Tumble everything… it’s enough to make your head spin. You probably wonder, is it really worth it? Should I try to keep up with all of these social networks? The short answer is yes. Even with Facebook stock still under $20 a […]
Read More

Now is a better time than ever to be a content marketer, and part of reason is because of Google’s AuthorRank. We are all-too-aware of the vast amount of content circulating the web and the difficulties associated with standing out amongst the competition in search results. For this reason, content marketers are constantly researching new […]
Read More

We here at Mittcom were contemplating whether or not social media would affect the outcome of this years Super Bowl. Therefore, we decided to construct an infographic that reflected the current social fan base for every NFL team, and place them into our Social Bowl bracket. What are your thoughts — will social media influence […]
Read More 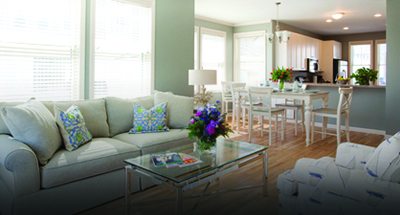 Just when you thought you had the creative updated for all of your social platforms, something new pops up. Twitter’s introduction this week of cover photos is a perfect example. It’s very similar to Facebook’s Cover Photo which allows you to upload a large personal picture to your profile. However, the difference between Twitter’s Header […]
Read More
Page 4 of 512345