Identifying Your Buyer Personas is critical for social selling

With the emergence of social media, the traditional form of advertising has been flipped on its head. In the past advertisers would essentially try and reach as many people as they possibly could. We’ve come to understand that this form of “shouting” is no longer very effective.  The days of broadcasting our sales pitches and […]
Read More 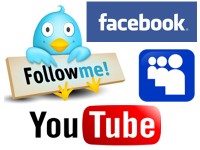 How one Company used Social Media to sell Airplanes

Is social Media really an effective strategy to sell expensive products? While the return on investment can sometimes be difficult to measure, social media should not be ignored. Companies who have taken the time to develop active social media sites will surely tell you it is worth the effort. Piper airplane is the perfect example […]
Read More

The Facebook police have made some drastic changes that will have a positive impact on your page.  Facebook has loosened their restrictions on what type of content your business can use for a cover photo. This is the first thing people see when viewing your page so it is important to choose one that is […]
Read More

How Can You Use Instagram For Your Small Business?

Today, many companies are using an array of social networking sites in order to create brand awareness and different experiences with their followers – Twitter and Facebook being the most popular. However, we’re starting to see more-and-more businesses hop on the Instagram bandwagon. Why Instagram? Instagram has continued to grow in popularity. If you check […]
Read More 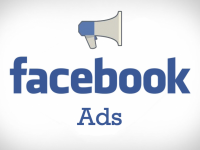 A big challenge for a lot of advertisers is determining how allocate their online budgets. Should we advertise just on Twitter, Facebook, Google or all of the above? These are all great questions and I don’t have a specific answer. Every media platform has its own competitive advantages. In order to effectively utilize any […]
Read More 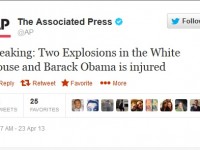 On April 22, 2013, The Associated Press had their Twitter account hacked, causing the Stock Market to go into a panic. The tweet reported two explosives had gone off at the White House and President Obama had been injured. Fortunately, this was not true, although there were some serious consequences stemming from the tweet. Within […]
Read More

Target is rolling out a series of promotions to bring more customers into their stores nationwide. The program which goes by the name Cartwheel, allows consumers to receive coupons through Facebook. Before claiming these coupons there is a catch! The coupons you claim will automatically be posted to your Facebook news-feed  For now, these deals […]
Read More

Kmart has just released an ingenious advertisement that has the entire online community buzzing. The commercial features shocked, yet pleasantly surprised Kmart shoppers who learn shipping is available on all of their products. The commercial comically highlights the ease of shipping everything from pants to drawers to even beds. One shopper screams, “I just shipped […]
Read More
1

What is Vine? Vine is a new app that was launched by Twitter in January 2013. It functions as a video sharing app, but it is unique in a few ways. The videos are all between three and six seconds long, and they play in an endless loop. It’s for capturing “moments” rather than making […]
Read More