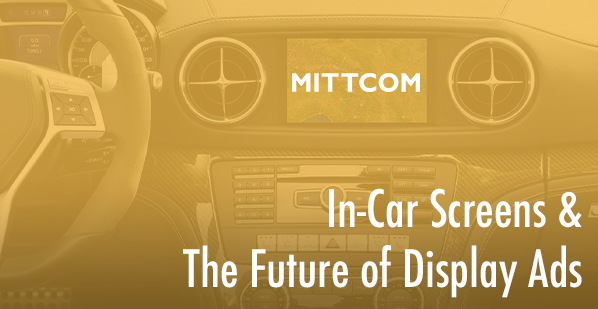 In-Car Screens and the Future of Display Ads

In 1986, Buick released a revolutionary piece of technology, the Graphic Control Center (GCC) in their newest model, the Buick Riviera. The GCC was a full color, touch-enabled screen placed into the dash of the vehicle, working as both a control system and as a diagnostic tool. It could be used for basic things like changing the climate control or adjusting the radio volume, while also displaying information on tire pressure level, the electrical system and gas levels. It was a technological marvel, the first of its kind. Little did Buick know how it would change the way consumers viewed, and shopped for, vehicles in the years to come.

Competitors tried to imitate the beauty of Buick’s GCC with their own models, replicating the technology worldwide. However, a study was released that proved that the addition of in-car touch screens was distracting to drivers and labeled a driving hazard, leading to discontinuation of in-car screens in the 1990s.

The early 2000s ushered in a new era. Screens quickly became a vital part of everyday life, and the auto industry made sure to stay relevant by re-introducing the in-car screen. Today, a large majority of auto brands are including some form of in-car screen in the vehicle dashboard, and for particularly “tech-forward” brands like Tesla, screens have become a staple in form and function that consumers look for and expect when shopping. From cell phones to televisions, society has seen screens grow in both size and functionality over the past few years. A far cry from Buick’s original GCC, modern in-car screens have evolved into actual computers, some even sporting a 4K display! It is projected that by 2020, every Original Equipment Manufacturer (OEM) will produce at least one vehicle with an in-car screen included in the dash.

This is great news for those who advertise on the radio. According to Westwood One, “Pairing an in-car visual with a radio ad has impressive +550% impact on advertiser recall. When consumers were asked for the name of the car dealer in the ad, the radio ad paired with the in-dash visual had a much higher awareness (26%) than the audio-only ad (4%).”

So what does this mean for marketers, businesses, and consumers outside the realm of radio? From a marketing perspective, it is exciting to consider the possibility of one day being able to target in-car screens with relevant ads. And, with projections of over 78 million vehicles to be sold in the year 2019, the revenue growth potential for businesses represent a tantalizing future. However, questions remain: When will there be ad space on these screens? Will marketers be able to show local offers on consumers’ screens as their vehicle approaches the relevant exit? When can agencies collect all of the driving data from these to start making data driven campaigns tailored to individuals’ driving habits? Will Tesla join the Google Display Network? Will ads distract drivers in another GCC-like failure? While we cannot yet answer any of these questions with any certainty, we do know an exciting new age is fast approaching. We just hope the newest iteration of the in-car screen has enough space for 336 x 280 display ads.

The Importance of Logos & Watermarks in Brand Presentation 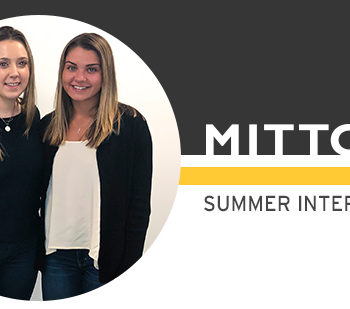