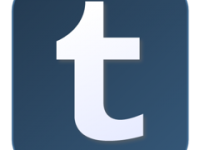 5 Tips on Using Tumblr for Business

You should add Tumblr to your Social Media Marketing strategy if you’re trying to reach a new audience with creative content.  It appeals to a younger demographic that enjoys sharing content rather than creating it, so why not give your business a chance to go viral?
There are 194.6 million blogs on Tumblr, as well as 300 million overall users of the site. There are 199.1 million monthly visitors across the globe (69 million of which are from the US), allowing your company to connect with people all over the world. The website had an engagement growth of 251% from 2012 to 2013. Engagement includes reblogs (when someone reposts you), follows, likes, comments, messages, and submissions. All of these are times when users are interacting with you. Tumblr is typically ignored as an important social network because companies don’t understand the network, so here are 5 tips on how to utilize Tumblr for your business.

Sharing the right value to relate to your audience will receive more engagement within your community. If you are a car company, create a contest for your audience that asks for submissions of memes relating to cars. This will allow you to engage with your audience and lets users get creative and create something humorous. Tumblr users enjoy creating original posts with funny photos and text, so they will feel connected to your brand.

It’s important to include humor in your posts by using fun GIFs and images, due to the large engagement these posts receive. The key is to promote your company in a funny way that will grab the attention of users. People would rather engage in a post that makes them laugh than one that is a basic link or promotion.
Taco Bell does a great job using humor in their posts, as well as engaging with their audience. This simple text picture is very funny and uses a relevant and current term, “bae”.

3. Paid posts should be entertaining

Tumblr paid posts will gather many impressions, although entertaining posts will get engagement. Users can already see that it is a promotion, so it’s important to create a post that is likely to catch the attention of users. Create a post that is likely to get people to continually read posts on your blog or follow you.
Old Spice promoted this video, which is funny and has the potential to get engagement. The Tumblr community doesn’t like sponsored posts very much, so it is vital for the post to be humorous.

Use popular memes with original text to get attention. Throwback Thursday has turned into the perfect marketing opportunity on social media, so use an old picture with original and humorous text. Themed posts are popular searches and allow the use of the hashtag #ThrowbackThursday, or #tbt, which are popular searches. The key is to make a post that caters to Tumblr’s young demographic. Users tend to engage with posts that make them smile, so focus on funny Internet posts, like animals and food that are still related to your brand.
Here is another example of one of Taco Bell’s posts. The company uses a picture of a taco shaped as a heart with text to make its audience smile.

5. Create for your audience

Creating content that specifically tailors to Tumblr users allots for higher chances of going viral. Original content that that focuses on the site’s audience can gather many reblogs. It’s important to not take your posts too seriously and create content that connects with the young users. Similar to other social networking sites, your Tumblr page should connect with users by asking for submissions of photos relating to you company. Make sure to use all of Tumblr’s features, including the Submit part.
Denny’s has a hilarious Tumblr full of highly engaged posts, and this picture is just one of them. Using doge text shows that the company isn’t trying to be serious, which makes the post feel relatable to their audience. Their followers appreciate this post because they feel connected to the brand due to their love of guacamole and avocados.

Those are five tips on how to use Tumblr for your business. The site allots for creativity and should be a fun social platform to experience! Cater to your audience and engage with your community. What types of posts have gathered a lot of engagement for you on Tumblr?

Hashtag Habits: How to do it Right 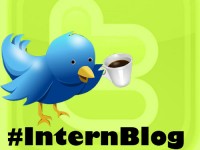