We believe in the business benefits of social media; it works and your brand needs to do it. However, social media sometimes gets a bad rap when held under the microscope of our daily lives. Facebook, Instagram, Twitter, Snapchat and TikTok are said to cause loneliness, depression, and selfishness. While we’re big believers in the “everything in moderation” maxim, we also believe social media has the unique ability to engender large scale positivity, kindness, charity (and, when properly used – profit). In the spirit of the holidays, we’d like to discuss the positive impact that social media has made in our society with our own year-end recap: .

In November 2019, Rowans Hospice took to Twitter with the following plea,

The appeal quickly gained traction, with Mark Hamill tweeting: “Contact @Disney. They are the only ones who can make this happen. Good luck!” The Tweet reached Disney Chairman and CEO Bob Iger, who said Disney would allow the patient and his family a preview of the much anticipated final film.

You’ve probably seen the video or read a story about Emily Zamourka, the homeless singer filmed singing opera in a subway tunnel by a Los Angeles police officer. A trained violinist, Zamourka moved from Russia to the United States twenty years ago. A combination of medical bills and theft of her valuable violin forced her to sleep rough and sing for cash. A police officer happened to hear Zamourka and began filming, posting the video to the LAPD’s Twitter page. The video quickly received more than 1 million views and drew global attention. Since then, A GoFundMe campaign has raised more than $80,000 to help the singer and Grammy-nominated music producer Joel Diamond has offered Zamourka a recording contract.

#3. Birthday Cards for a Veteran

The daughter of a World War II Veteran and Purple Heart recipient posted a request on Facebook asking people to send her father–who had outlived his spouse and his friends– a card for his 96th birthday. He was shocked and gratified to receive more than 50,000 cards and letters thanking him for his service and wishing him a happy birthday, reportedly receiving something from all 50 states and 10 countries. He was also sent gifts, including an American flag that flew over Pearl Harbor, a model battleship, and a plaque made out of wood from the U.S.S. Constitution. A few notable letter-senders include the secretary of the Navy, the Pittsburgh Steelers, and the rock band Foreigner.

Each story above illustrates the power social media has to help others. Without the instantaneous and far-reaching power of Twitter, the Star Wars fan’s wish wouldn’t have been granted and the subway singer would still be struggling to survive. Without Facebook, an elderly Veteran’s birthday would have been lonely. Seemingly small and inconsequential when viewed individually, but for each story listed above there are ten more. Don’t let the negative chatter surrounding social media drown out the positive; go forth into the social-verse and see the good. Happy holidays from all of us here at Mittcom!

Give us a call at 781-247-0730 or send an email to info@mittcom.com if you’d like to discover how social media can benefit your brand. 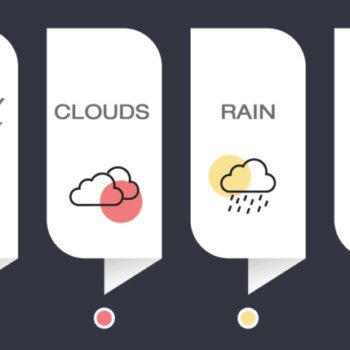 New Year, New Strategy: Why You Need A Digital Audit