The World Cup is a worldwide soccer tournament that takes place every four years, like the frequency of the Olympics. Being that this event doesn’t happen often, the demand for advertisements is extremely high. That said, if a brand can figure out how to break through the clutter, they have an opportunity to reach and engage an extremely passionate audience. This years World Cup in Brazil is happening as we speak, and already, we’ve seen some pretty creative and inspiring campaigns. In this post, I’m going to provide 3 reasons FIFA advertisements are great for marketing including: Worldwide popularity, Live TV and Sponsorships.

The large popularity of the World Cup allows advertisements to spread worldwide and therefore reach many audiences. 909 million people watched the 2010 World Cup final game, whereas only 111.5 million viewers watched the 2014 Super Bowl. This is due to the global popularity of the World Cup, which allows brands to boost their status and reputation. About 3.2 billion people, or 46%, of the global population watched at least one minute of the 2010 World Cup, and even 94.5 million people, or 31%, of the United States population watched at least 20 consecutive minutes of the 2010 World Cup. 3.6 billion people are expected to watch at least one minute of the World Cup this year, which is 50% of the world’s population. More people watch the World Cup than the Super Bowl, and the World Cup gets a similar amount of attention and viewers as the Olympics. The World Cup is a popular Internet search, so all advertisements involving the FIFA World Cup will help increase awareness about the company, especially with the use of hashtags on social media. Below is a post from @TwitterData that shows the worldwide use of tweets about the USA versus Portugal game last Sunday.

Live advertisements will catch a lot of people’s attention because they are paying close attention to the games and are very alert. Since most people use DVR to record shows and thus skip commercials, the World Cup is the perfect time to place a commercial due to the overwhelming majority that watch the games live. Live television presents strong opportunities for social media marketing with the use of trending topics and hashtags. Social media allows people to join the conversation and engage in real time topics because brands are able to search the hashtag and reply to people. People are more likely to share on social media when they have emotional involvement in the games. The top-20 World Cup 2014 advertisements have been shared 6.9 million times throughout social media, versus the 4.7 million shares from the top-20 2014 Super Bowl ads. Facebook estimates that 500 million of their 1.28 billion users are soccer fans and 62% of those fans are on Facebook every single day. The top three World Cup hashtags on Twitter are #WorldCup, #Brazil2014, and #Brazil, with 350,000 tweets per day about the World Cup. World Cup hashtags are being used across the globe, connecting viewers to one common interest–soccer. Below is one of Hyundai’s advertisements that shows the importance of watching the World Cup live, while doing so in a humorous way. They also use the hashtag #BecauseFutbol at the end of the ad to gain exposure on social media.

FIFA’s biggest sponsors are Adidas, Coca-Cola, Emirates, Hyundai Motor Group, Sony, and Visa. Their World Cup sponsors expand to include companies like Budweiser and McDonalds. Adidas increased their Internet promotion spending to ½ of their total media spending, using the hashtag and phrase #AllInOrNothing. Many other companies that are not sponsors are using soccer and professional athletes in their advertisements. Professional soccer players will also lead fans worldwide to see the advertisement and gain knowledge of the company, while also gaining attention in the player’s home country. $5.7 billion will be spent on sponsorships and commercials. Here is one of my favorite ads for this year’s World Cup. Nike’s video uses the hashtag #RiskEverything and let’s players feel an emotional connection to soccer by showing normal people playing in the World Cup. Viewers imagine being the star player in a World Cup game, so this advertisement allows people to feel important and united.

There are several different ways to use the FIFA World Cup in advertisements and it is a very beneficial method due to current popularity worldwide and the importance of watching the games live. It allots for opportunities for companies to sponsor the event or individual players, or use soccer in an advertisement.

Congrats to Team USA on beating Ghana and tying Portugal; and good luck in their next match on Thursday, June 26 versus Germany!

The Three R’s of Relationship Marketing 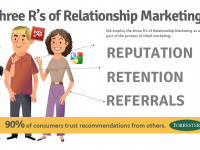 SEO and SEM: They’re on the Same Team 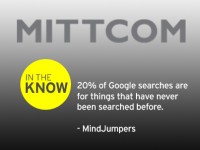